UMCH
I put v13 on patreon few days ago.

changes from v12 to v13
-Additional dialogue scenes added to mall
-Nurse office area added to school hallway
-Needle will remove pill status permanently
-Additional sex animation scene added to Holly branch in the Female Rivalries quest end
-David sex scene added (in preparation for the quest). TO unlock beat David at night in the park area, then leave the area, then go back to the park again.
-Stacy added to the cafe, she begins with high sex exp so players should have a easy time winning with her at the beginning.
-small graphical updates in a few places

I will be working on technical stuff for it next, like adding stuff to the tablet. But I do plan to do a bit of yuri stuff.
next public will be after Savor the moment quest is done.
tentatively during September but it is not definite.

UM3DO
I decided to try to make a “nighttime menace” theme objective in UM3DO but getting the AI David toy work correctly when using a dedicated server has been a nightmare. Been trying to figure it out all Monday and today literally. It works fine when a player is hosting it thoguh so it is a strange problem. But after I get the Ai working I want player to be able to pull data from a database and save stats etc. 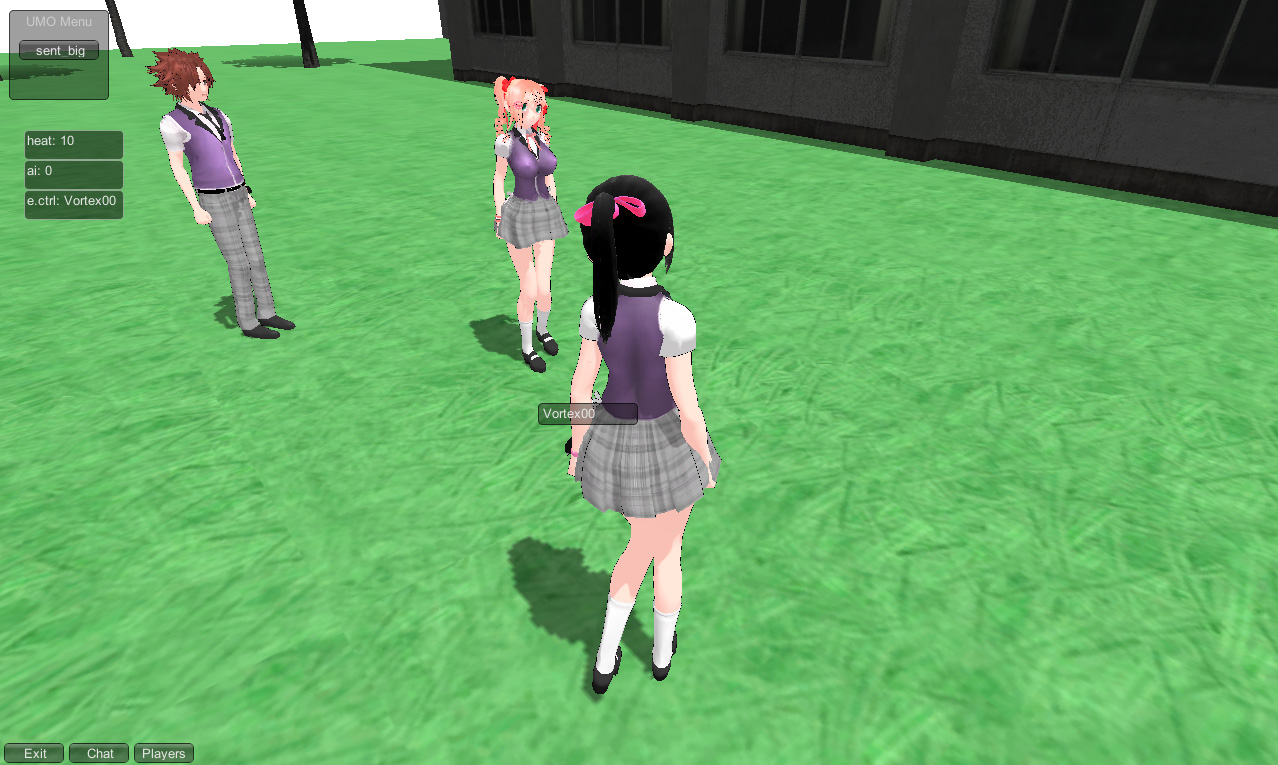