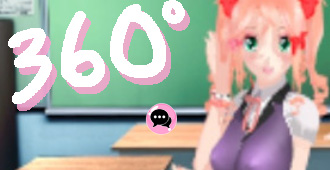 learned about a product called pano2vr and tried to make some umichan stuff with it. It didn’t turn out as well as I had hoped so I’m glad I tried the demo first. I did at least finally figure out how to make higher quality 360 videos and images. Though you would not be able to tell from this lol. That because after I figured it out I was too lay to replace the fuzzy pics I had already imported. Keep in mind the is a proof of concept test, I wasn’t try to make anything polished.

to try the app, click the button below. works on mobile devices also.