As you many have seen the prototype posted here:

I went with a half circle instead of a full circle. this is because i didn’t want to make the objects on screen too small or have to use scrolling up and down during combat.
below are the updated plans. 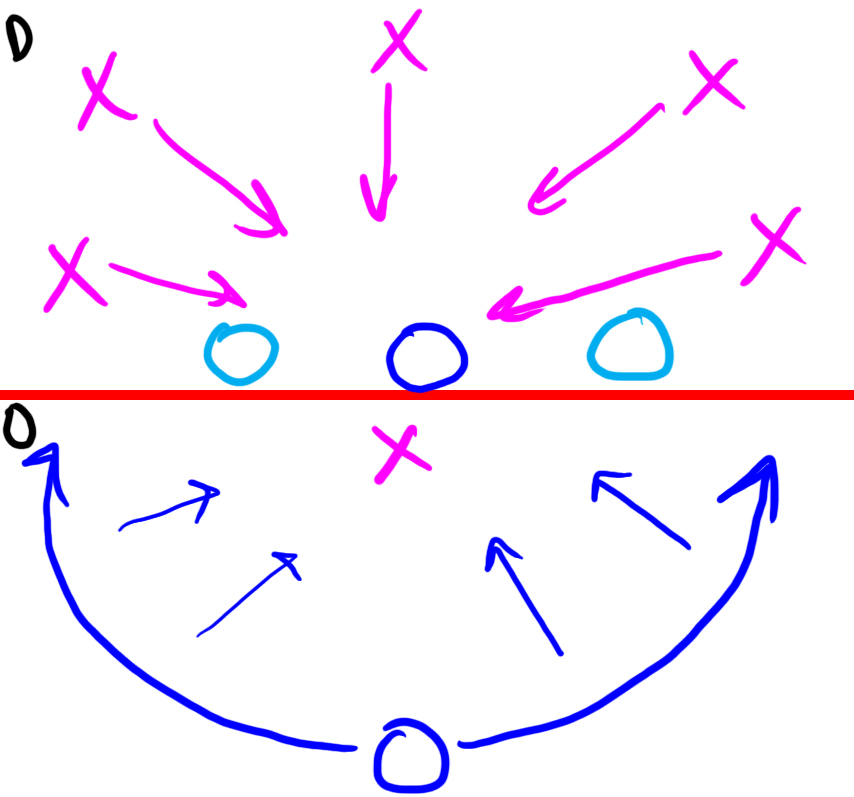 As you saw in the first prototype, the top image labeled “D” in the upper left, is the one you played. The focus on this game is to utilize combinations of weapons and allies overcome multiple enemies.

the bottom on labeled “O” is the offensive minigame that I haven’t made yet. There you will fight a enemy 1-on-1 without any allies and without certain power-ups, and have to rely mostly on moving around.

I posted the image again to describe some mechanics for the offensive minigame. but again it will be a half circle instead. 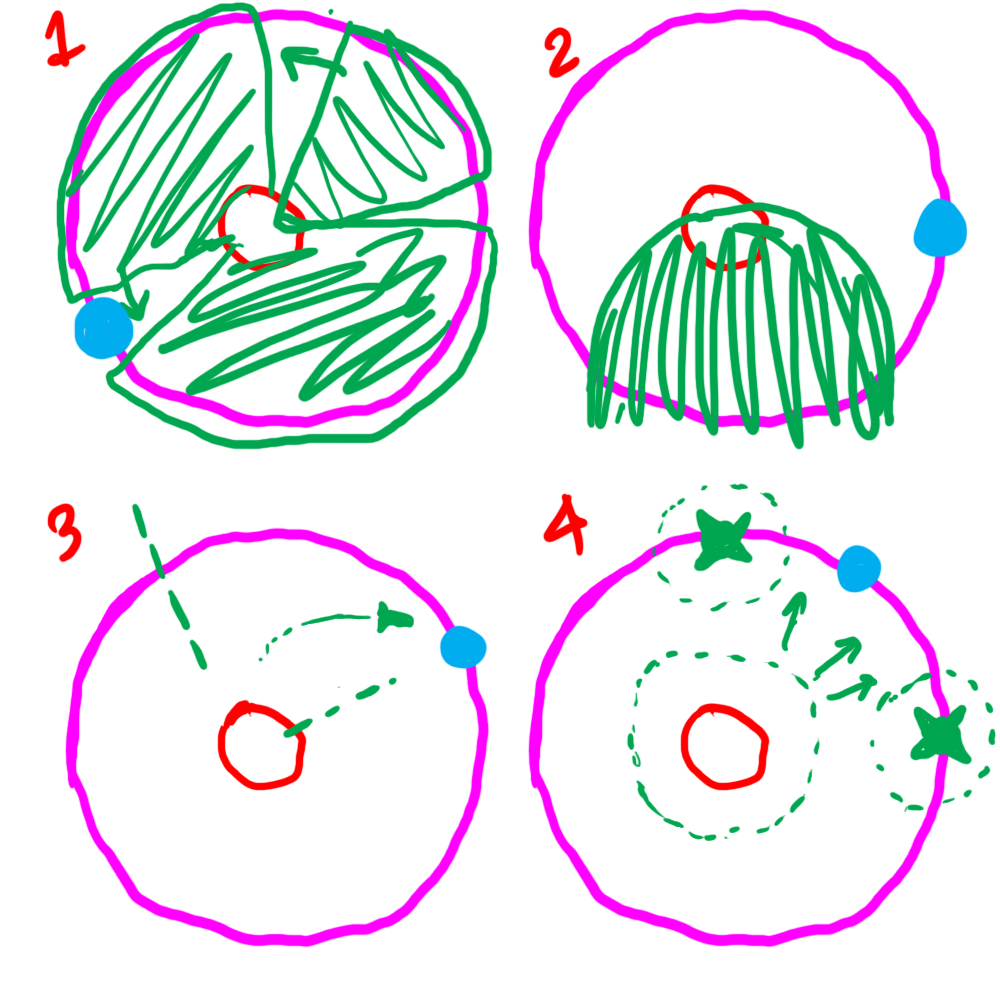