So before I wanted to add anything more to ARIA. I need to take a moment to fix what is currently there. and also to add other things I planned to do before adding more assets. This game is getting bulky also but it is still way easier to edit then umcc.

1. the nodes now increase based on unit size. it is a good  quick way to see what nodes have high and low unit count values by just comparing the size of the node with other nodes.

2. “Rally” is now by default set to auto so you don’t have to spam the 1 key or spam click the Rally button. It allows you to focus more on sending unit between nodes. I also make then numbers of the keyboard hotkeys bigger.

3. I have fixed a issue where the enemy ships stop shooting as many lasers as they are supposed to after too many lasers appear on screen.

An option to turn off the game sounds and music is also added but not complete for all the sfx. it is complete for the music though. 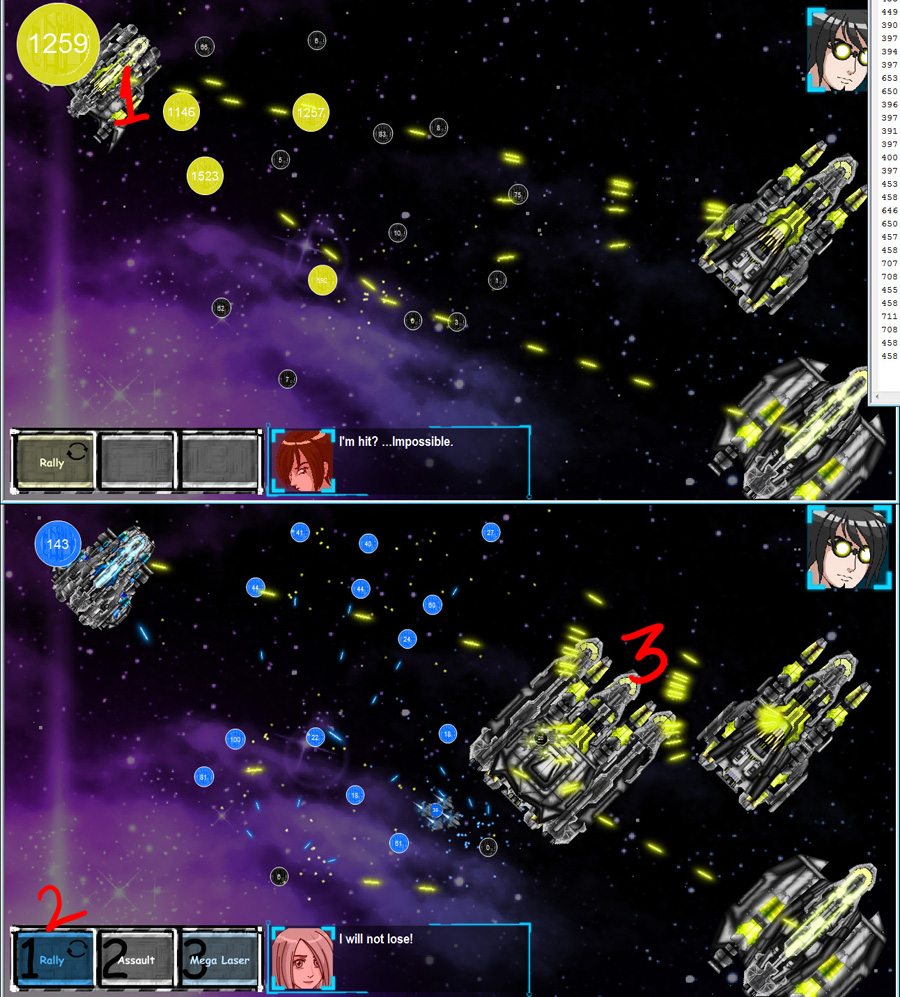 Release the revised online version on various sites and forums with the above changes, adjustments, and fixes. One thing I still wanted to do was to get better high resolution space backgrounds pictures.

if the game is well received around the net, I will see if pinoy has time to make more stuff for it. If so I will include more stuff in it also. There are a few minis and other ideas that did not make it into the game. If not, then I will see if someone else can make art and animations for a new ARIA game or something similar.