for various reasons I decided to scrap the shooting mini for ARIA. I also did not want to reuse the existing ARIA space battle in favor of something different that allows of a bit more creativity imo. So I decided to go with the combat system from Arielle story and flesh it out a bit more.

This version of ARIA (whatever it will be called later) is essentially skill based avoider game. Similar to a bullet hell but not really?

On this demo I have 2 areas from two different planets. each girl can play on each so there are 8 total scenarios.

Please test for things like lag, etc.
I did quite a bit of optimization on the code but I also added more stuff.

these are a few issues I know about but I haven’t gotten to yet
1. the hit box for the ship is too big.
2. sometimes a ally attack ship will randomly stop moving
3. all ally attack ships are blue
4. enemy starting locations are random and can spawn right on top of the pilot ship.
5. sometimes flames appear as boxes

Also I would like to mention that the way the ships move around and turn is part of the difficulty of the game.

Move with the mouse. The ship will gradually move toward the mouse cursor.
press 1 on keyboard to call in Ally Attack ships (max 5 at a time)
Q: activates active ability

Arielle – shoots laser beam destroying everything in it’s path and even near it.
TT – hold to shield from damage
Bri – hold to disable passive ability

captured nodes will recover health if you are near them, use this to your advantage to win in difficult areas.

you win when all nodes are above 10 units for at least 1 second.

see if you can win each area with every girl.

strategy
Energy planet:
The boss creates a barrier of energy that prevents you from shooting lasers

Arielle – shouldn’t be too hard, call in attack ships to clear out smaller ships buzzing around you.
avoid touching bigger aliens.
try to hit all 3 nodes with one MLaWs shot, it can shoot through the barrier.
use ally ship to help capture nodes.
block of projectiles from the giant alien to make sure the node count goes up.

Phia –
stay around edges circling around the area a picking off enemies, this allow you to avoid all of the enemy projectiles.
Make sure you don’t touch any of the bigger aliens.
use attackships to help capture nodes.
block of projectiles from the giant alien to make sure he node count goes up or use attackship to make the unit count raise faster.

Tiffany – TT moves slow so use shield to block damage from enemies.
use ally ship to help capture nodes.
ram into bigger enemies if you are close.
block of projectiles from the giant alien to make sure the node count goes up.

Bri – focus on taking out enemies
Bri takes damage over time so use ally ships to help capture nodes and recover your life from nodes if you get low.
try to not collide with the larger ships
block of projectiles from the giant alien to make sure the node count goes up.

Fire planet:
waves of Fire sweep across the map constantly.
Lots of enemies

Arielle – get away from enemies quick, and start of shooting.
call in ally attackships to help remove enemy attack ship from buzzing round you.
you need to quickly line up a good MLaWs shot. your first shot can mean the difference between winning and losing.
Use ally attack ships you capture a node and hover around it to regain life.
If a enemy is coming near your node you need to destroy it.
shoot the other node from a range with MLaWs once you are ready to capture it fly over and use attack ship and block off boss projectiles.
Avoid fire waves when possible.

Phia – get away from enemies quick and focus on clearing enemies from around a node.
don’t rush to hover over the node because if a enemy passes over it it will be hard to shot them. You might get hit with a fire wave once or twice but if you fly into it you will pass through it fast. Because of Phia’s speed never fly in the same direction as the fire wave.
your ally attack ships to help clear trash and capture nodes.
one the node is clear you can spend time to recover health.
use the safe node as a base to recover life when needed and finish capture the other node.
you can use attackships to increase unit count to 10 faster.

Tiffany – should be easy. shield up and ran into enemy ships to destroy them.
use ally attack ship to clear out trash and capture notes.
if you have shield to spare, use it to defend from the flame waves.
block of projectiles from the giant alien to make sure the node count goes up.

Bri – this will probably be a little hard.
immediately call in ally attack ships and focus on not getting hit from larger enemy ships. you will probably eat about 3 flames waves before you can capture a node to recover.
clear out enemies around a node and recover you life, but don’t hang around too long if enemies are moving towards you. defeat any nearby by quickly enemies after getting life up.
after you have a safe node fly out and destroy the remaining enemies.
fly back to the safe node to recover life. 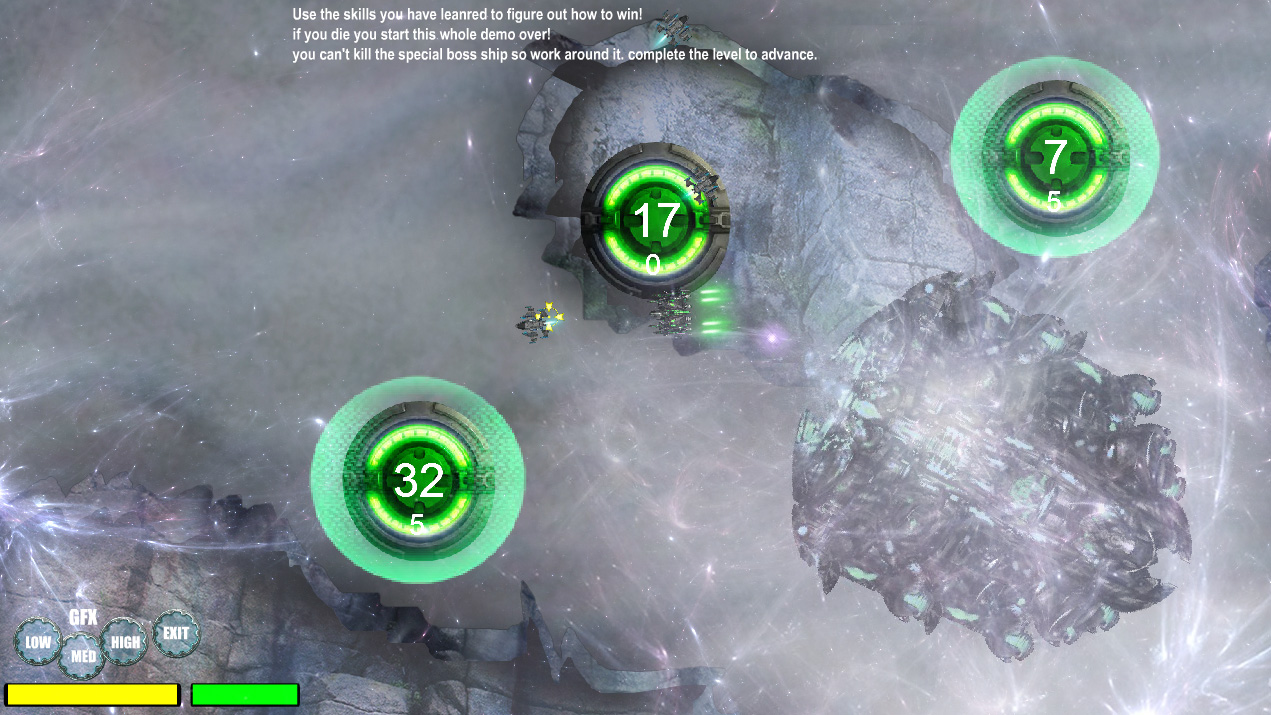