edit: I updated this post with initial links to both sides of the story. 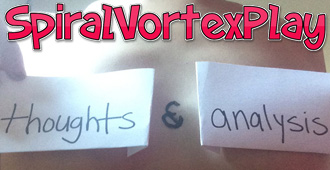 A few people linked me the blog post the day it happened but I wanted to wait a bit to make post on it. I actually wanted to read both sides of the story.
I’m not going to go into detail on it, but as someone who has been making hentai for over 8 years now, there’s quite a large amount of decision making on both sides that I would have never done and certainly question. However this post is not about that stuff in particular, but I think it has made some patreon teams reflect on those events that happened, even if only a little bit and compare that situation within their own teams/groups so something like this won’t happen to them.

ttrop was actually the first to link me the story and I discussed some on this stuff just to make sure we were on the same page. And we definitely are. So no extreme stuff like that will happen between myself and ttrop even in a hypothetical worst case scenario and certainly not with ongoing stuff pinoytoons.

Also as many people here might know, because I bounce back and fourth between multiple H games projects, I do like to keep them manageable in size so I can finish them, despite some wanting me to have them hanging around in a constant state of updates. I have seen time and time again, but on a much smaller scale where people working on a project never managed to actually finish because it is so easy to get off track and have all these ideas you want to add to a game. Plus going back and changing stuff to make it better, plus adding in all the amazing ideas from fans, you just get to point where it becomes overwhelming where the game will never be done.