Below is a video of the gameplay if you are not able to download and play the game right away.

controls:
WASD / Arrow Keys = move camera in a direction.
Hold left click = rotate camera
left click = select units / press buttons. (click on the unit itself to select it. not the circle under it. I only have the circle so it is easier to see the unit and be able to tell what actions you can do)

The objective is to destroy all enemy ships (the yellow ships)

click on your units so see their range of movement and move them across the space field. enemies you can target will be in red when you have your unit selected. when your unit’s circle turns dark blue you can no longer do actions on it unit your next turn (after the enemies turn). Press the End Turn button to end your turn. You can also press N on the keyboard.

This is a small test for a 3D ARIA tactics game. I am still deciding what the next ARIA will be. ARIA games (aside form the VN) are centered around gameplay the involves figuring out some sort of strategy or tactics to beat the level. Not totally sure i want to use the realistic art for this or not.

I wanted to try a space shooter demo also, but last time i did a poll on it people didn’t seem to like the idea much. A space shooter is much less about tactics than this however. Once I post all the various demos/tests to they are playable. I will make a poll to see what people seem to like the most then see what i can do from there. Though I am leaning towards this already. It has a lot of potential in creating the different ship abilities from ARIA and various grids with stage hazards and more.

when all units are destroyed the game ends. there is no win screen or anything. In this demo you will just not be able to do more actions. In a actual more complete game it would move on to the next part of the game. 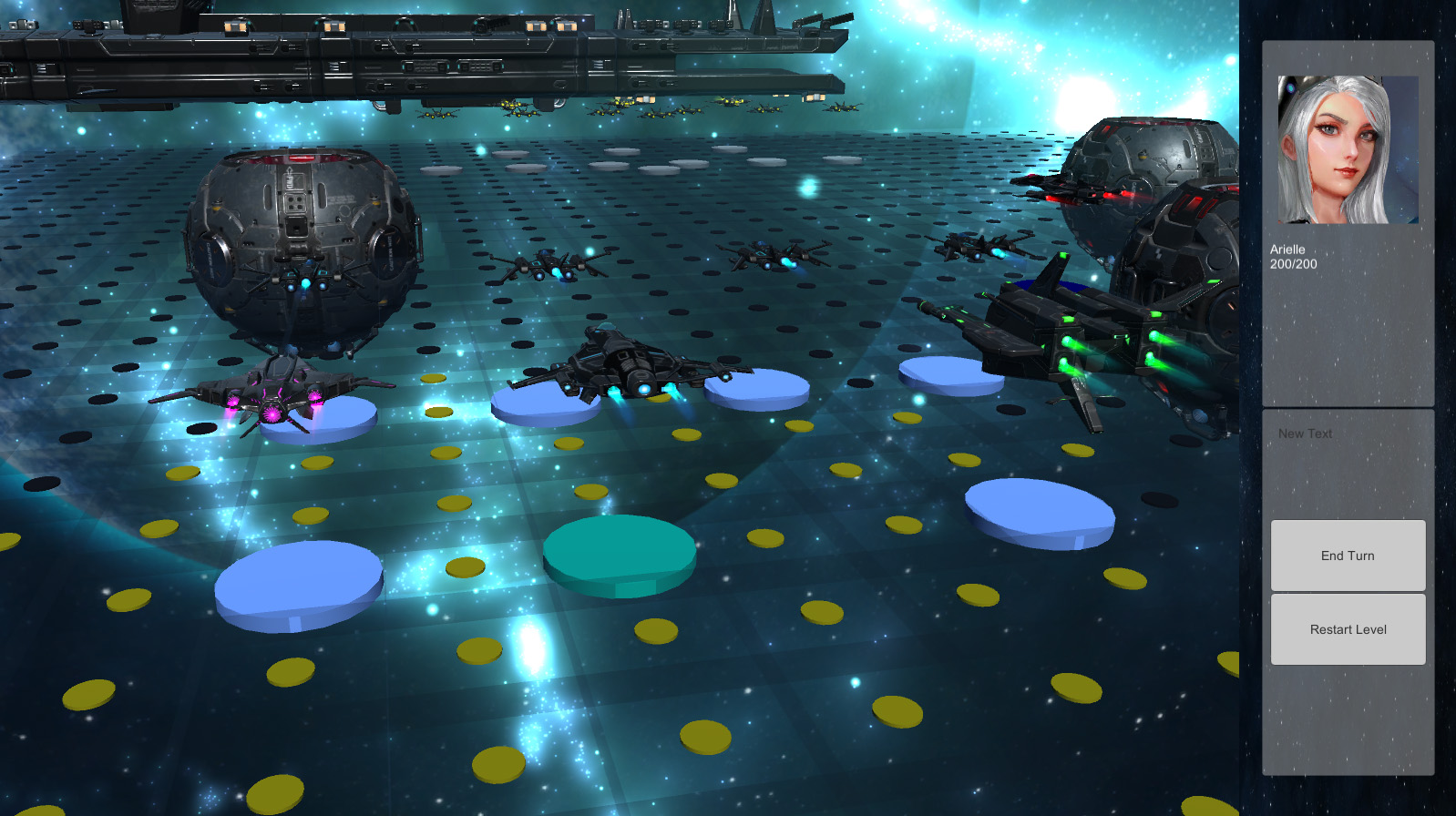