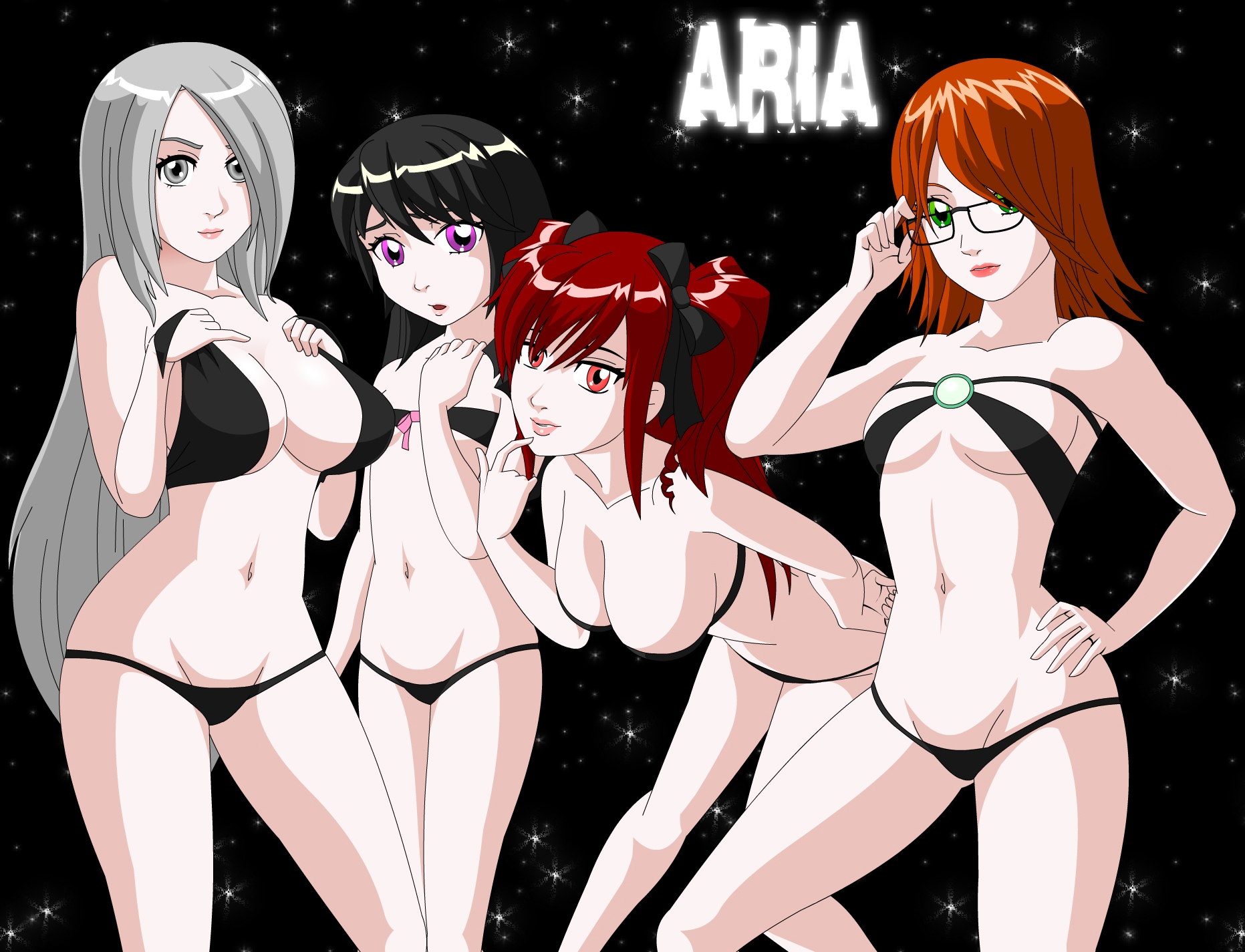 I’m probably on my last burnout break from UMCC so I wanted to work a bit on ARIA.

Those that have played my games should know that they require the player to be paying attention because something will often change.

I like all sorts of strategy games so I wanted to incorporate that into ARIA. My current idea for ARIA is you are on your Main Ship trying to get back into GemCo space to enact the revenge of the escaped infamous criminal Jeo. To get to different areas of space you will need resources to power your ship. That is the main focus of the game getting enough resources to get to the next area. Running out of resources essentially mean no food and power so you lose the game. Some areas of space can be very hostile. Also a minimal resources are lost each time cycle.

You can get resources by attacking enemy Main ships or planets. Or savaging around the local area. You can also negotiate trade or ask planet leaders of ship leaders for resources. It will take different things to convince them. Some might want your mercenary units, or some ships from you fleet, or you to destroy some other ships in the area. Some even can be convinced by sex favors. These will all add or subtract % to being successful negotiations.

How you get resources, and what orders you give to the girls is up to the player. And the way you go about it effects the girl’s moods and how they level up. Some girls like to always find peaceful negotiations. But that is not always an option. Their moods will change as you make actions. I plan to make planets very hard to fully take control of.

In the following set of images I have a example order of events for ARIA:

The only ARIA girl currently with the player is Bri.

The player has failed negations with a local ship to give some of their resources. The player sent Bri  to try to persuade the male ship leader, but she failed. The player decided to thank Bri for trying. Player tried a threat as Jeo and failed. The failed threat reduced the percentage of the negotiations being successful. The sex option failed. The leader is male but is not interested in having sex with Bri and insulted her. The player (Jeo) decides to send Bri out to take over the ship but not take any resources. (this will allow the player to have negotiations again after the attack is finished and heavily effects the leaders decisions)

example of Bri’s mood changes from the negotiations:
+Tried a peaceful solution as Bri
+Thanked Bri for trying instead of punishing her for failing.
-Tried a threat
-Tired to offer Bri as sexual payment
-Bri got insulted
-Player decides to attack them but not take resources until further negotiations

overall, Bri’s relation status would less some with the player after that scenario.

examples of stat gains:
+3% to persuasion base before modifiers (just example)
I had planned to have punishing girls makes them learn faster but the relation you have with them drops a lot depending on the girl.

ANYWAYS. after all that the actual battle would begin. The first order of business is taking over his fleets and neutralizing the ship leader’s mercenaries. This mini game is my take on a strategy game called nano war:
http://www.kongregate.com/games/badben/nano-war

Whatever mercenaries you have in your ship are used here. They fly out to other enemy ships and take over them in the real time strategy game. Each girls has different special abilities that is essential for winning hard fights. Currently Bri has Rally, a move all girls have. And Disaster, a Saboteur Khalei move unique to Bri. It reduces the number of mercenaries in each enemy base by 20. 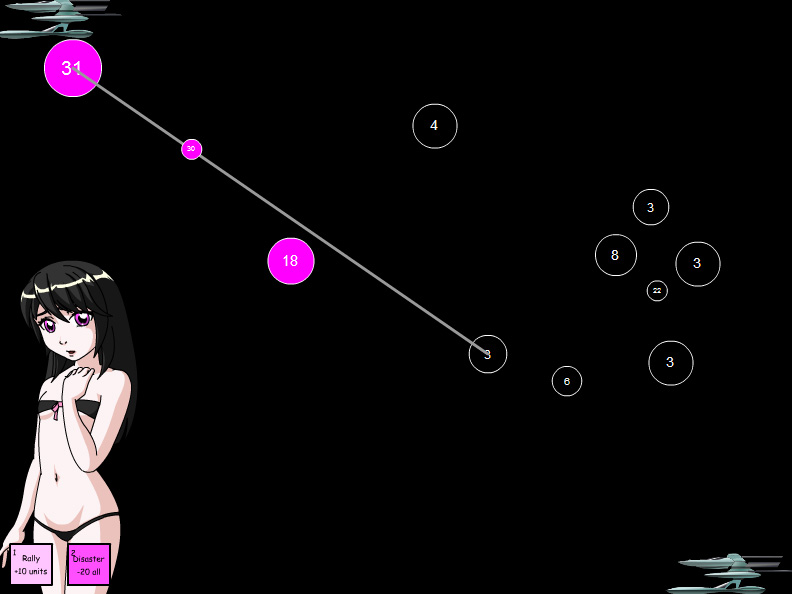 after all the enemy ship are taken, Bri will need to assault the main ship. But first she will need to clear out personal defense Sentinels surrounding it. For this you might recognize the ARIA scrolling demo shooter. This mini game enacts that phase of the battle. 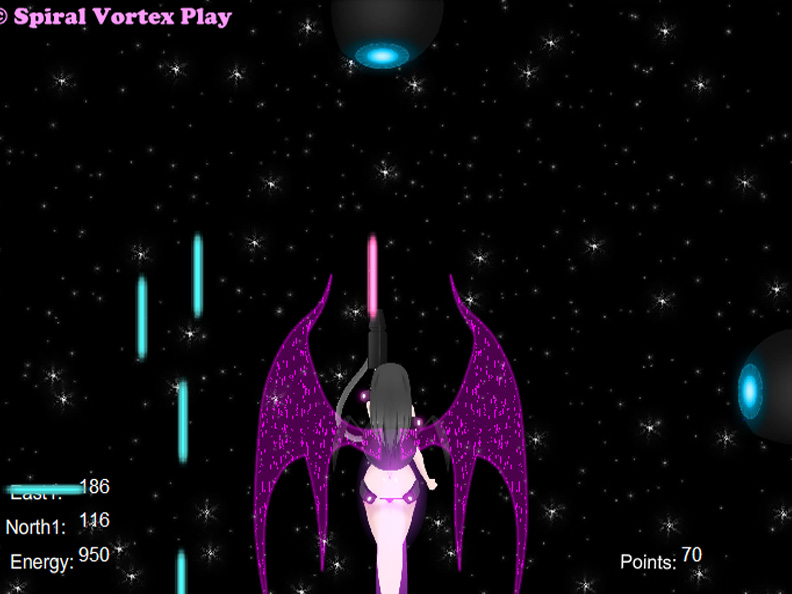 after all the Sentinels are defeated, Bri will shoot the back of the ship to blow the hanger door open. Bri will need to clear out the hanger so her mercenaries can land. The hanger is filled with robotic defenses. This is a WIP from a template in my previous post. 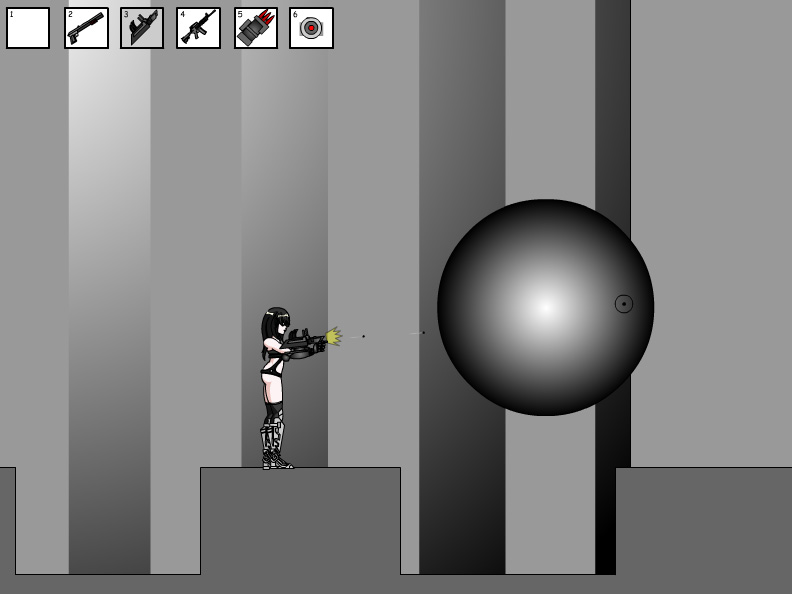 After hanger is cleared, Bri’s mercenaries will land in the hanger in a ship and assault the inside of the ship.

The next part will be a tower defense mingame. I haven’t started it yet. You control when to send in units. and you psychically control Bri, you need to get Bri safely though the gauntlet of turrets.

the next and final part will the a boss fight which I plan to use a even fine tuned UMCC fighting mini for this. But in this case it would stop early because you only gave the order to assault the ship but not to take out the leader. So in this case the mini stops after the tower defense. And another negation round happens.

In this case the leader gives his resources in exchange for leaving him alive and his ship intact. (The player can honor this or not) Either way the player gains enough resources to travel to a nearby planet.

So as you can see, there is a lot I have planned for this game but it is all relatively simple.

Each “attack” senario is also customizable. From the enemy mercenary count, to the enemy leader looks and attitude, to hanger defenses, shit sentinel defenses, etc.

I want to have some series of numbers that allows people to just copy and paste and play a custom scenario created by another player.