Similar to UMCC, UMCH will be populated with random characters in the background. Depending on the location this could be students or regular people. It is especially crowded in the mall area. This will add a whole new level of immersion and interaction in UMCH as Maiko will be able to see what these silly characters are up to.

earlier I had a vote for the names of these characters. At times Maiko will be able to interact with them and other time they will simple have conversations as Maiko passes through the area. ttrop is currently working on the Females.

There are two types of background dialogue so you need to distinguish between them. eavesdrop dialogue and interact dialogue.

eavesdrop dialogue is dialoge that will popup on the screen as Maiko enter the area with that character/group (can be main character also).

interact dialogue will have a dialogue bubble for the players to press to see what they have to say.

you can also combine them. for example Maiko can enter the area and hear something, then interact to respond to it.

also keep in mind that the bg characters wont change until Maiko re-enters the area. this means that a character cannot leave in the middle of a interaction.

Below are the results of the names. and brief personalty of the characters. 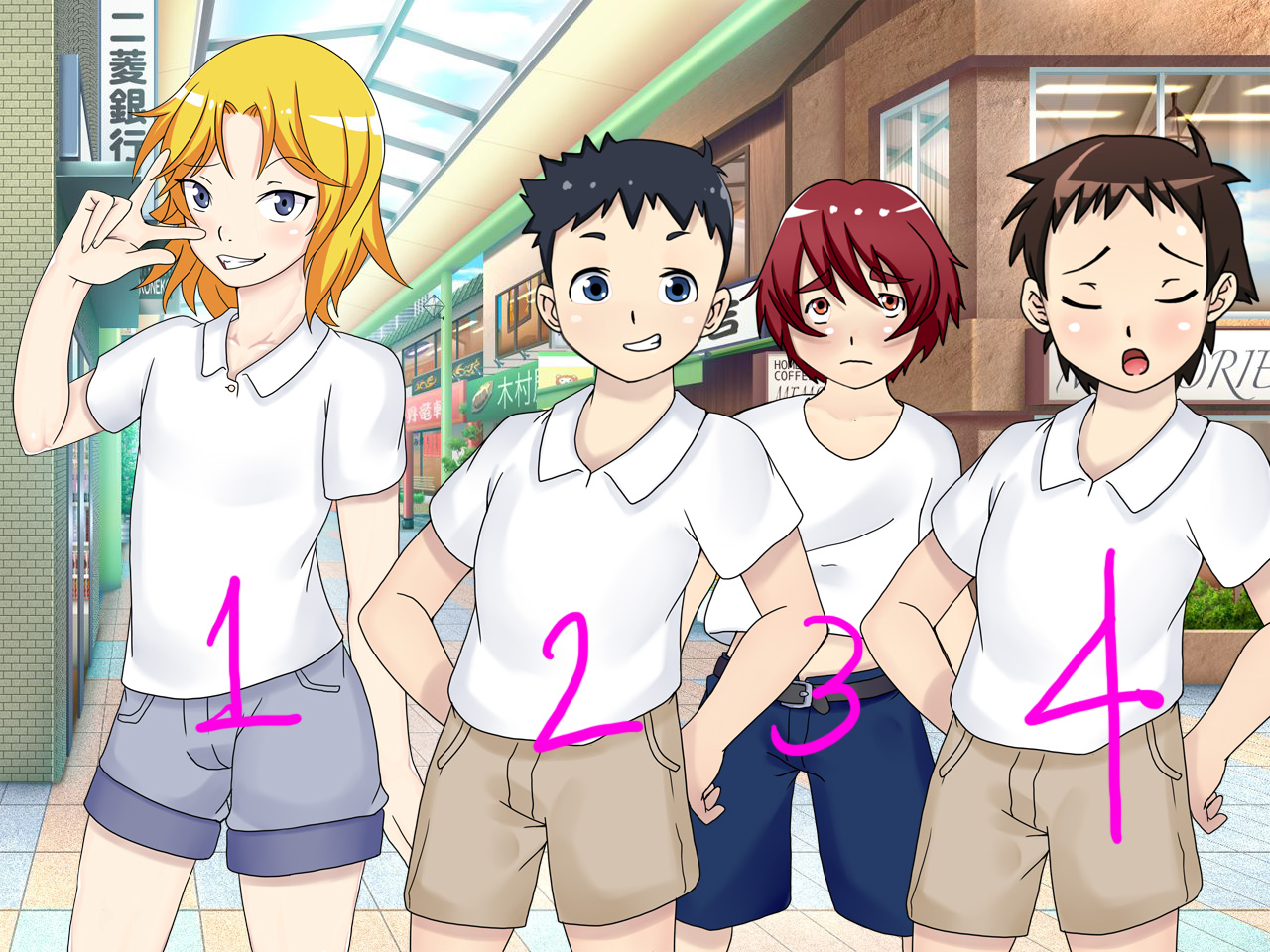 Shota #1 Asugi (Tsugo Brother)
I see why people chose this names since it sounds similar to say because they both have a “su” sound.

Shota#2 Toby
Toby, probably be most perverted of the shotas, only second to Asugi

Shota#3 Timmy
Timmy the timid heh. He actually looks the like brother of one of the backgrounds girl characters being made. in UMCC there is a BG girl that has the same color hair.

Shota#4 Archie
Winning by only 2 points his name became Archie. As Joe2k suggested this is might be the “Riley” of the shota group. Always complaining about Asugi and Tobi being too perverted.

Next is the fat guys. And if you are wondering, no, I didn’t plan on having little girls and fat women heh. Maybe one fat lady, idk we’ll see. 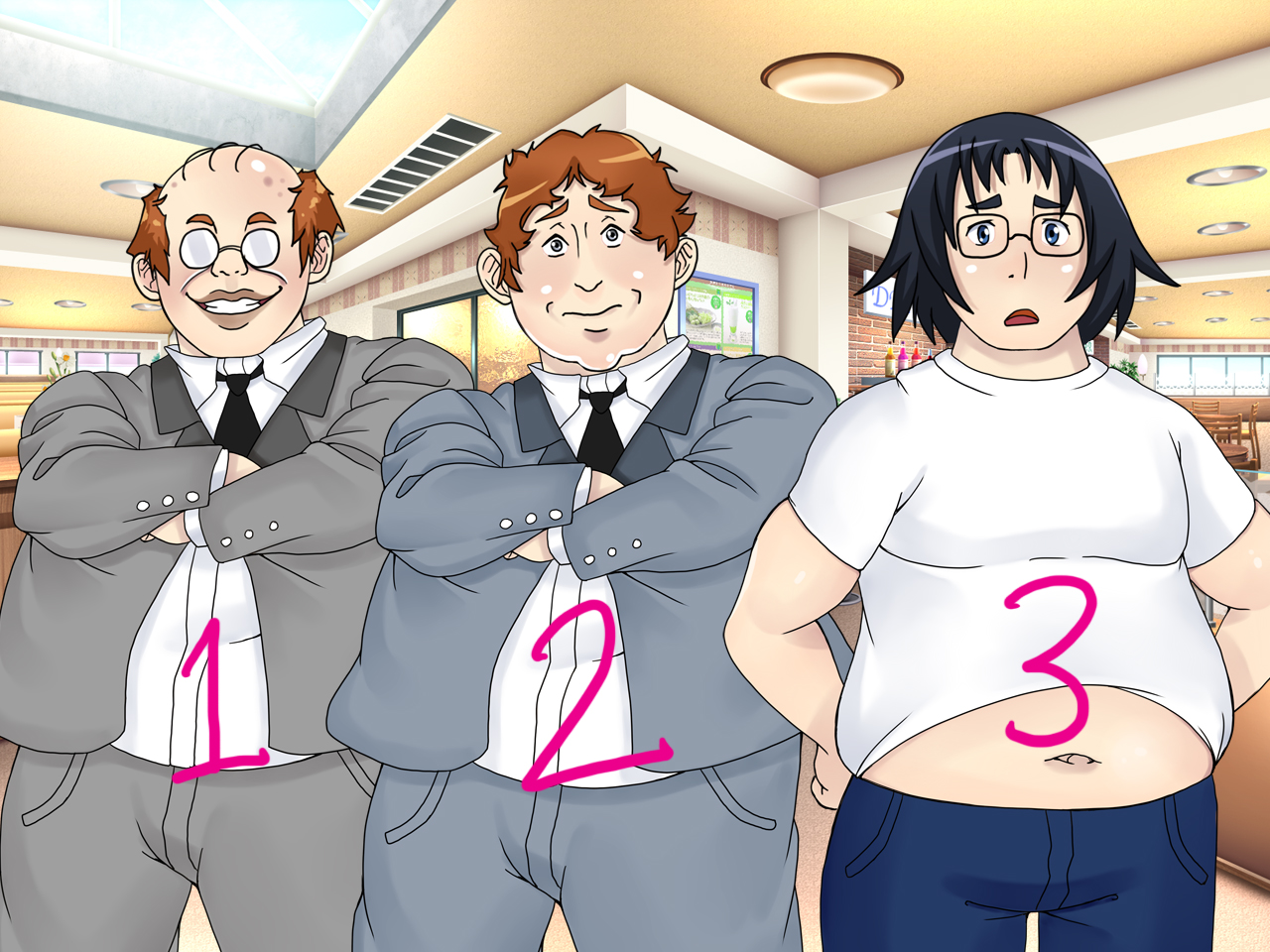 Fat Guy #1 Lester
Slimy balding Lester, who is balding with spots on his head and somehow has contrasting dark lips. unattractive to girls at the cafe but is basically a walking bank. He is working out deals to become a GemCo exec so will sometimes be seen with bodyguards.

Fat Guy #2 Ralph
It is questionable if Ralph is really rich or not since he is always asking if he can get a discount or a bargain. It is rumored that his suits are borrowed just so he can look rich.

Fat Guy #3 Alfie
Alfie the Anime nerd. Wears different shirts featuring themes in the various lore. He graduated Nanako last year but hasn’t been able to find any work yet. Hangs out in the mall in the cafe and Arcade. Has a crush on Leyah, but he find it hard to resist Zytra’s looks and will white knight them both. and go way out of his way to help them whenever he can. 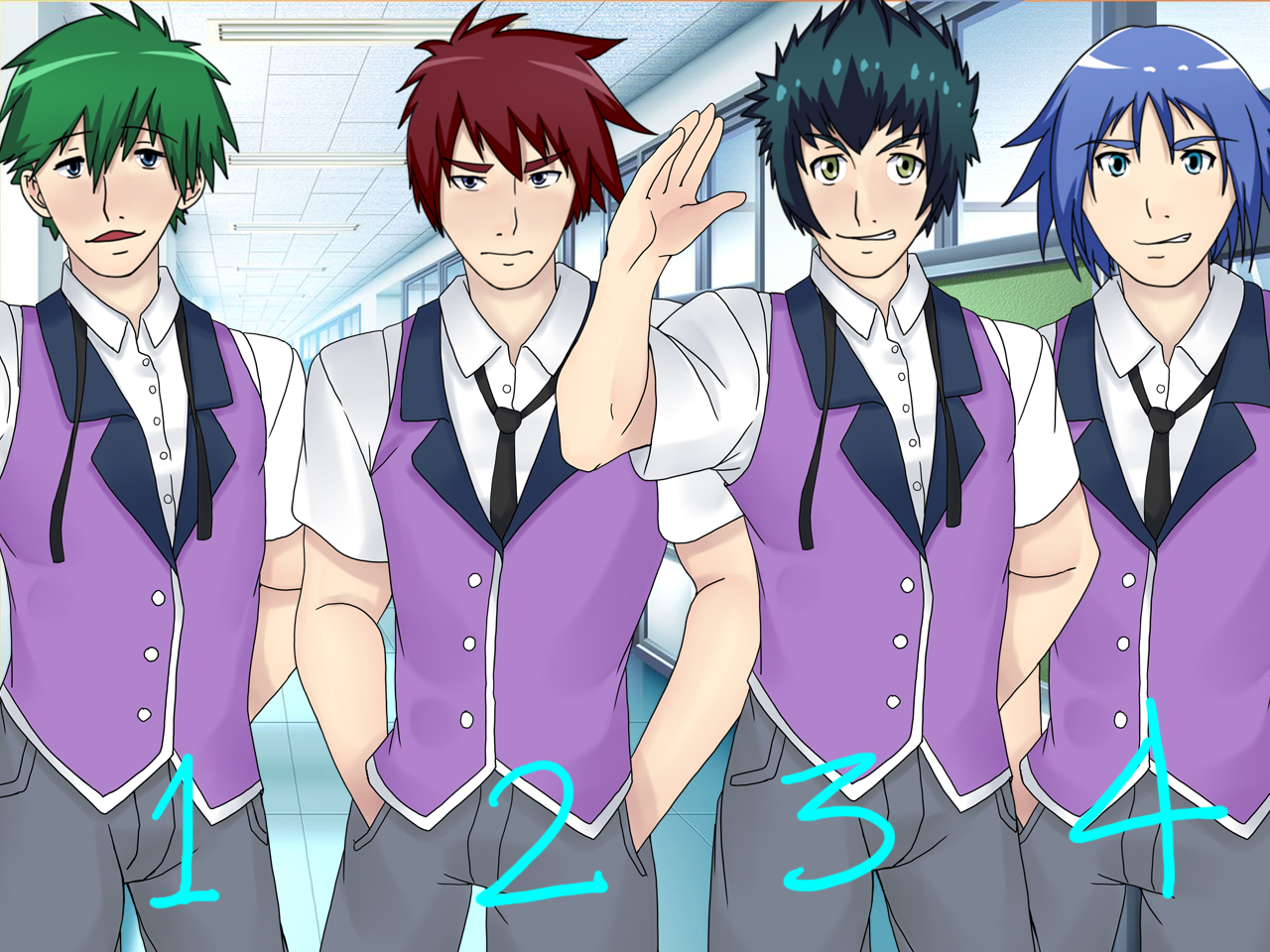 Tough guy #1 Cory
Cory is a little derpy and seems kind of slow by the way he talks saying “uhh” and “derr” a lot. But is actually pretty smart on the level of Riley and Lynn. He is into nerdy girls like Riley and Amber.

Tough guy #2 Renji
Renji doesn’t talk much and takes his education and athletic activities seriously. Usually talking to Tom about fitness, or Greel about Music, or Riley about study material. He also recently is thinking about getting into photography. To some he is the cool version of Kyle.

Tough guy #3 Drake Max won but in retrospect sounds a bit too… simple? idk. Drake was next highest.
Drake is very outgoing usually seen talking to always everyone as is her knows them personally. He is really into top heavy girls like Luma, Zytra, Maiko and Roise. With Luma being taken, he tries for the other 3 girls by always pointing out to them how much he loves big tits. Hangs out with Joiry and David

Tough guy #4 Trey
Trey also hangs with Jory and David. But is seem as more of a side guy trying too hard to fit in and be cool. It is uncertain if he really means the things he says. Jeni hates this poser. 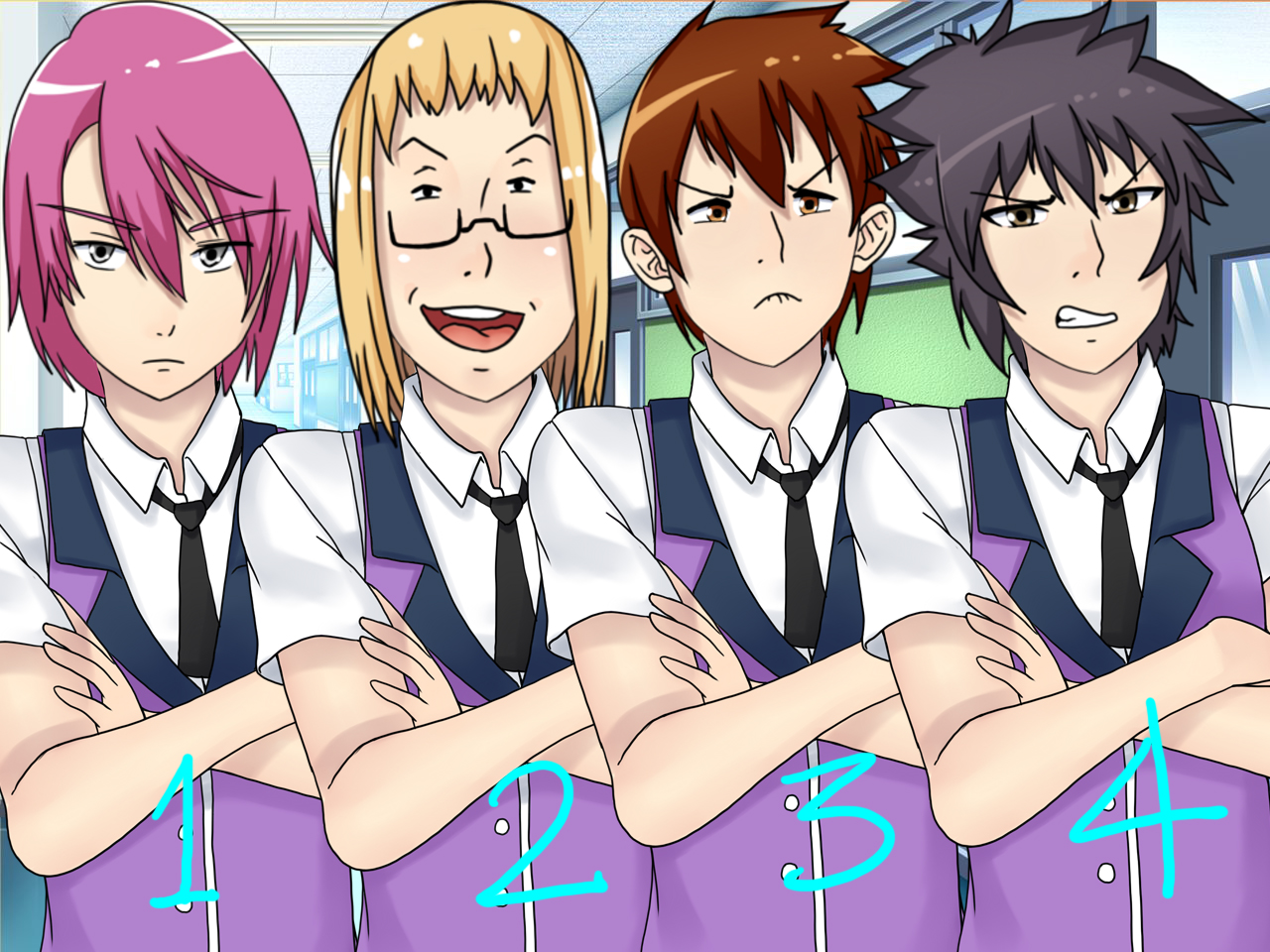 Unfit guy #1 Haruichi Leo won thoguh
Hates his name so goes by the name Leo. hangs out with Jinru a lot talking about combat techniques for taking out bigger guys like Joiry, Tom and Cain. His will give Maiko tips on boxing. He doesn’t get along with Jeni but has respect for her. Roise loves fucking with this guy and Jinro because they are always so serious.

Unfit guy #2 Chester
This guy is very well educated on pointless shit. Claims he is the smartest person in the school and he makes low grades on purpose some others can think they are smart. Talks about how he lets others beat him in boxing. Always talk about he could seduce any girl in the school if he wanted to. Tells everyone that Lynn is his future wife so other girls should have sex with him before he is taken. Talks about how he can take better photos than Kyle. Talks about how he lets Pattie and or Roise prank him. This guy even puts Tsugo to shame when it comes to self promotion. He loves Amber’s fantasy books, but of course claims he can write a better story.

Unfit guy #3 Evan
Always a little butt hurt about something. the bully crew Joiry and David will pick on this dude’s big ears. Roise will tease him about it. He is often a victim of a prank from Pattie or Roise.