New ARIA updates. For the gist of what I am trying to do read the: old post by clicking here.

I changed Aria’s name to “Arielle” to avoid confusion with her name being the same as the title of the game. There is no special reason why her name and the game title was the same name. So I would like to avoid people even thinking it as mush as possible.

I decided the leave the circles in because it is the easiest way to actually see what is going on.

I added the mini squad ships into the game and the main personal ships of the girls and the enemy. The enemy ships will have different designs. 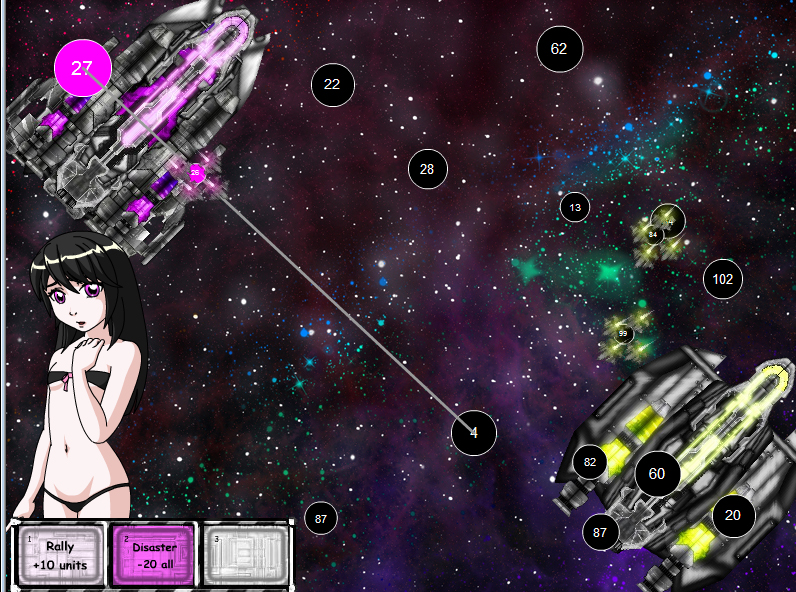 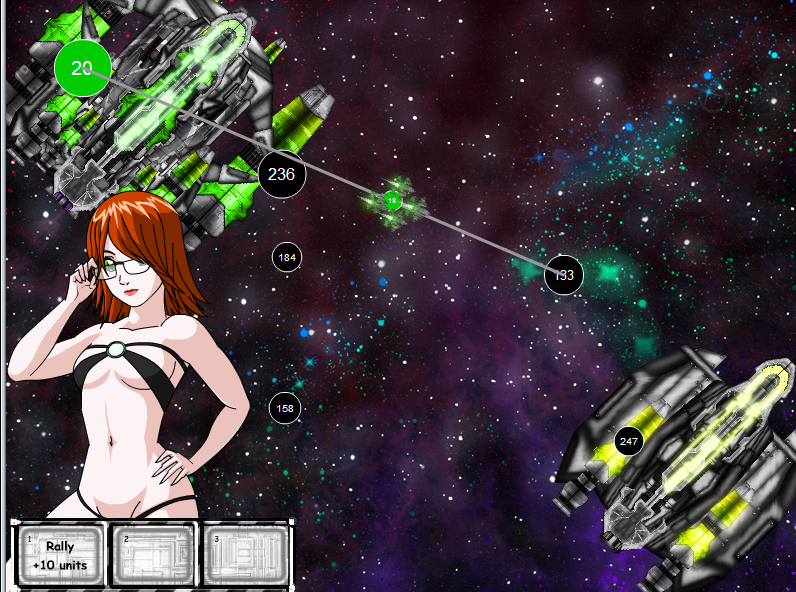 I need to finish adding unique abilities for each character. TT is missing her second one but I will do it soon.

Now I am at the part where the capital ships and upgrades will affect the battles.
depending on the enemy Ai, enemy capital ships will shoot at your nodes and reduce the number of units there significantly per hit. Or they will shoot at you main node. If you main node reaches zero you loose the space battle. Similar to ARIA 3X Arielle and Phia will the more aggressive characters, while TT and Bri kind of hold out until the tide of the battle turn in their favor.

The following images are part screenshots and part image manipulation to show what I want to try to do in the game. 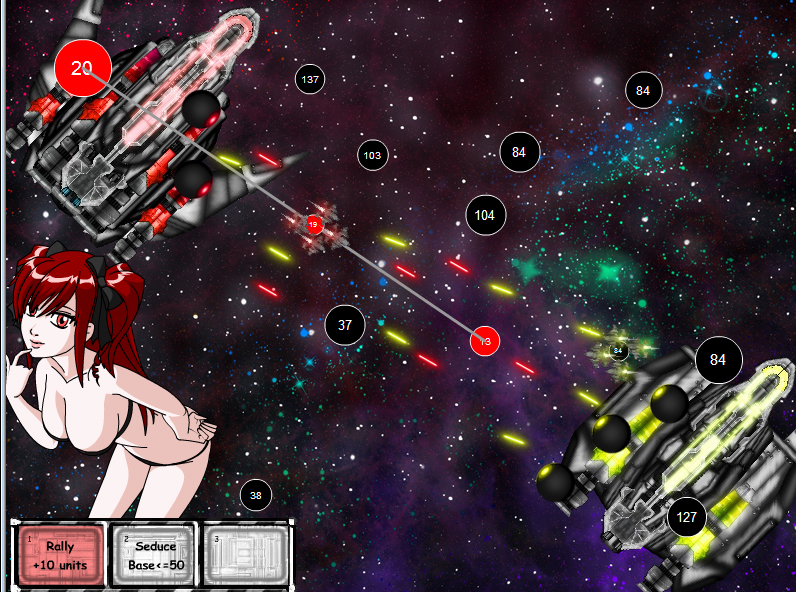 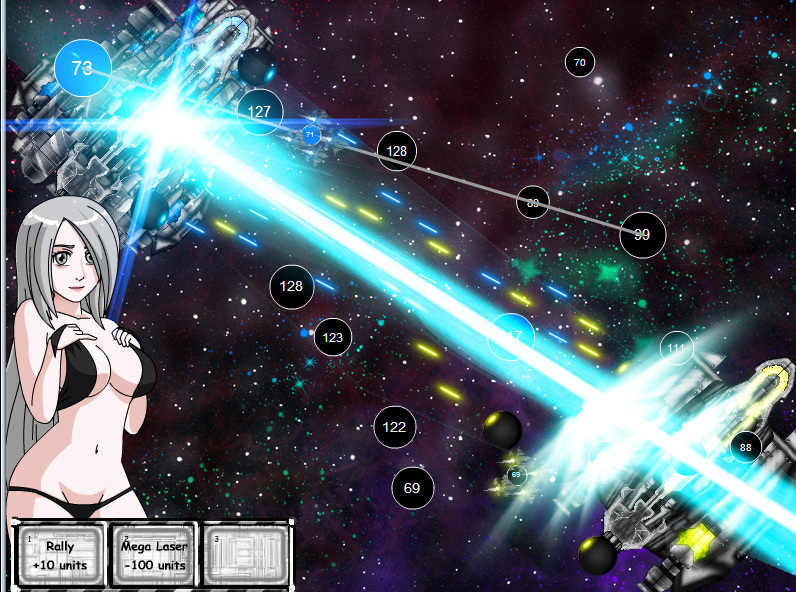