I have been lately thinking about having the next Umichan Pov game where you play as either a custom character agent as opposed, or play as Yukino, who in UMCH is Remi’s assistant at the Nurse office. At least starting out instead of Maiko. This imo has several benefits that I will list out below.

1. Female in the academy
Unlike in The Rookie where you play as a male player character, if you noticed from Lynn at the beginning of the game, a female has a different experience in the GemCo academy. Even through the rules are strictly so sex inside the school, various GemCo execs love soliciting sex from the female students anyway, in exchange for perks. Some students cooperate, some don’t. You as a new female agent their attention, at least initially, and be able to chose what you want to do. Execs can also be able to get you out of trouble, and are needed to reach Special Agent status.

3. Minigames
I’d still have some kind of swimming and boxing. Though I might make the box minigame UMCC stile where you need to press the correct button in time. This should remove the potential exploits. And for swimming I’d likely just use top down swimming. Other minigame would be a sex related minigame, and likely some kind of additional combat mini. Some minigame in UMCH like class test and music were not that great.

4. Connecting the story (game that happens at the same time as ARIA)

I want the story here to end where Daughter of Eve ends, but with Maiko having the hairpin will change the events. It also begins right before ARIA so Remi, and Luma team are about to go after Jeo so those characters are not really present much anyway. I’m not sure I want to have a heavily focused Nanako game with certain characters not present. In my timeline I had Remi explain to Maiko about her Hairpin but perhaps this can be takes to Yukino since Remi has to leave to find Jeo. One of your goals in the game would be to befriend Maiko. Maybe once you do this the player agent or Yuki will have some way to watch what Maiko is doing. And that will be when the player can play as Maiko.

5. Learning about Maiko
Maiko is a key character that spans across multiples game is different forms. You wouldn’t really know this unless you played Dauther of Eve but it is easier to explain things about Maiko if you are not playing as Maiko.

6. The experiment excuse
A lot of things in the academy that people request for Nanako that I usually can’t do. But in the academy it is more likely that things can be excused away by having it as some kind of experiment.

7. The other Khalei elements
Maiko has access to small amounts of saboteur Khalei. which though unstable typically will weaken people and/or slow down kinetic energy around her. This gives her an advantage in boxing, and seemingly increases her speed in swimming and problem solving. However as a playable agent you would have access to moderate levels of khalei infusion giving you access to the other Khalei. speed would give you advantages in swimming and delay reason time in fights. Green would help heal students injured and you’d have a damage buffer in fights. blue increases damage in fights and sensory would allow you see things you would not normally be able to see. This can help on certain missions, etc.

so brief story outline for this game:

Remi is your assigned lead agent. This was an idea for the text based game also.
you do (at times sexual) medical procedures, and assigned missions. some with members in your team.
this will give you rank point and you can rank up to elite and special agent status.

Maiko is wanted for questioning by GemCo Directors since the school attack at the end of UMCH.
you as a agent is assigned to this task. You will need to find a way to bring Maiko to the academy either by force or friendship.
this would be the bulk of the game
you will not begin the game strong enough to fight Maiko. plus her hairpin will always drain your health.

at some point the agent will be able to temporarily peek in on what Maiko is doing remotely. (probably from some medical experiment at the nurse office. see #4)
during these times the player can play as Maiko as participate in whatever she is doing at the time.
some activities I plan to be sexual things, other stuff won’t be. (Maybe depending on what medical procedures you did to Maiko. High libido component in a mixture etc.)

You will talk to characters like Alma and find out about Maiko and learn that she is in danger from her hairpin Khalei and needs to learn about it.

at the end Maiko will run into a character named Gheist and need to fight off a GemCo director named Phil in a life or death situation.
Maiko lives but forget her memory from heavy Khalei degeneration overusing the hairpin.
from there she lives with Chris for a while. Ghesit happens to be there also.

below are some concept screenshots:

I plan to have it where you can navigate to different areas of a general area from outside as opposed to navigating through many sub areas to get to the area you are trying to get to. 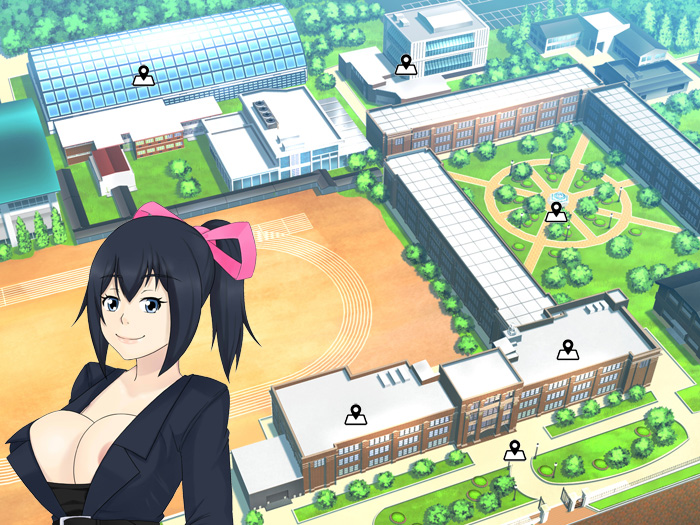 swimming will likely be lap back and fourth. like in the swimming game I am thinking about at times having a contest vs Nanako students. 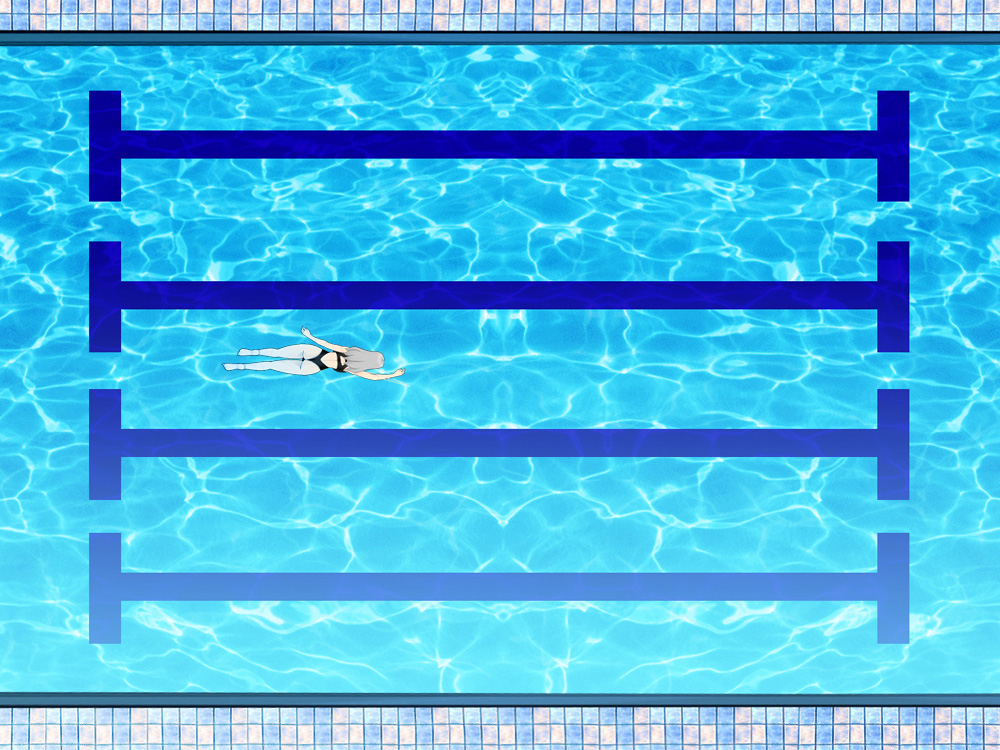 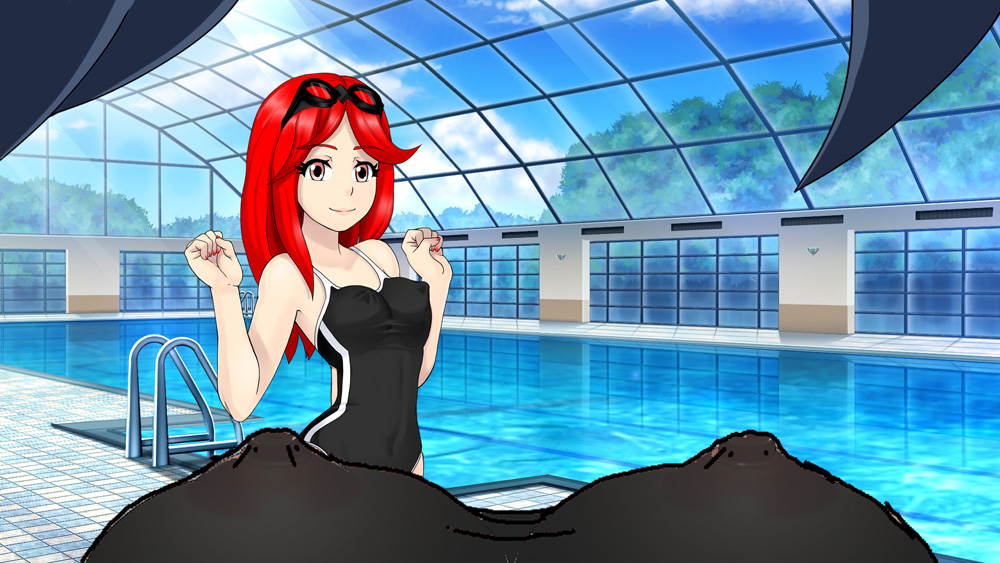 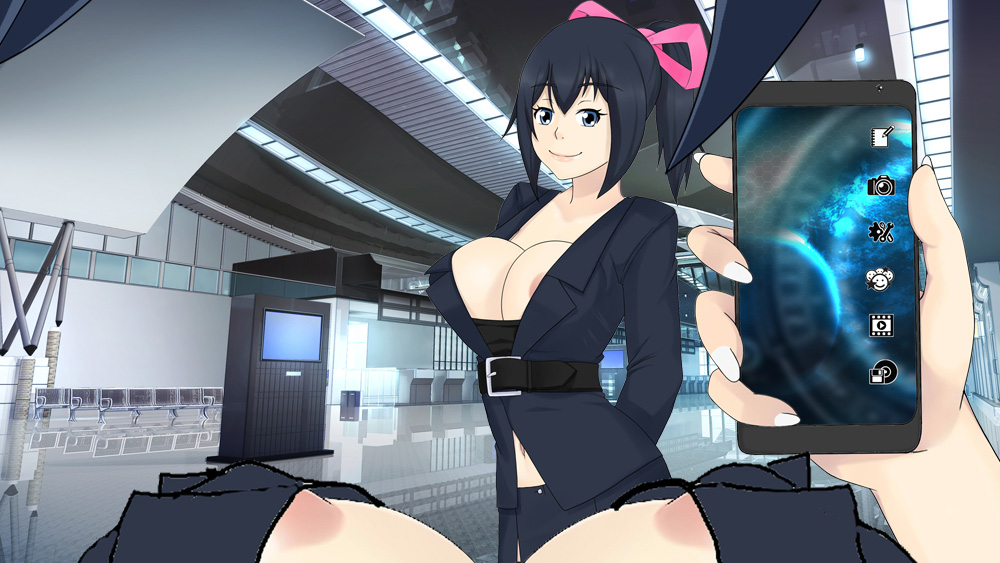 You will need to find a exec or a director to sponsor you to reach special agent status. Not all of the will be assholes. you will need to impress them in a similar way to making friends outlined in an earlier post. 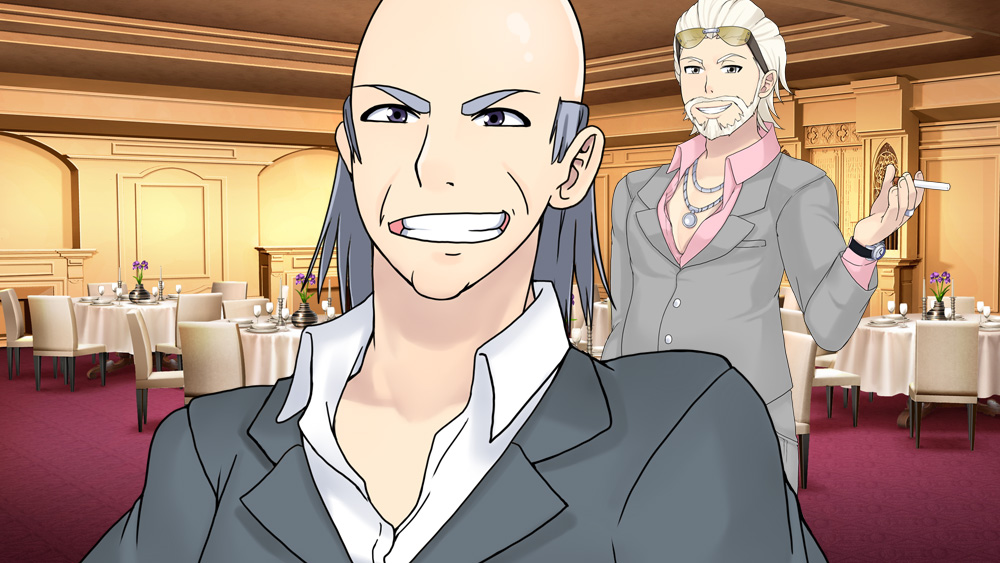