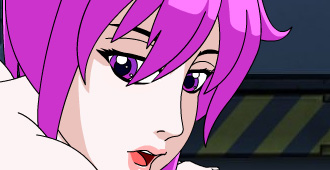 also there was a lot added here and I could spend like a week testing all of it, but that is what a beta is for lol. so let me know when you run into/or find any bugs in the game.

New stuff for 2.2
A new ship type designed for challenge seekers.
it appears on the last two areas on all Modes.
it creates a large shield that only allows attack ships to pass through. also the enemy lasers still pass through it.
http://spiralvortexplay.com/svp/2015/06/26/aria-new-ship-type/

(patreon only)Rape scenes with Jeo forcing himself on the main girls play during punishment.
instead of the normal sex scene playing when you punish a girl then sex them. it will play rape scene with Jeo.
also doing this will injure the girl, so be careful. you want have a defense in case you are being raided.

Sui-May sex scene
To unlock this you need to talk to Sui-May with Phia instead of space battling her.
Phia petitions help from Sui-May to fix the ARIA’s teams stealth system. The sex scenes for these are edits for now until pinoytoons finished up the character sheets to make new animations easier. Fixing the stealth system disables the ability for the ship to be raided. if you like a challenge and want to turn it back on and even off again. replay the Sui-May scene from the holodeck. In order for it appear in the holodeck you need to select YES to have sex with Sui-May.

new shooter mini-game
this is a third person click shooter / avoider style game what will used when the main ships gets raided and to do various smaller quests and find specific items. It will also be used on Arielle and Amp side story quest chain.
This will trigger by showing a RAIDING warning message on the enemy ship screen if you are in the same area for 7 days or longer. Don’t be afraid to stay just know that enemies have detected your location. Defend your ship from the HANGAR.

if you get fully raided you lose quite a bit. you lose all resources, you are only left with 50 or less mercenaries, you lose you prisoner if you have one, you lose all bombs, nova, and matrix items. so it is probably something you don’t want to ignore. These type raids have a chance to appear when you are in any area longer than 7 days until you completed the scene for Sui-May.

(patreon only) Capture a prisoner
I might expand on this later to be able to capture different kinds of agents, but for now Jeo will automatically capture a random female agent if he space battles her. To make a random agent appear, you need to defeat the named character in a space battle first.
You can get to your captive by pressing the CAPTURE button from the main menu screen. You can use the captive for sex to recover Jeo.

The Holodeck
you can replay Sui-May and Yui sex scenes from here. Access it by clicking HOLO from the main menu screen.

Additional VA dialogue
4 new dialogue lines added total. 3 each for ORDERS. to determine if they accept the ORDER, are neutral, or reject it outright. and 1 each for consensual sex for now. I didn’t have time to adjust the sound levels so some of the stuff seems quite or low volume, especially for Arielle.

Reworked Stats
Charisma and Ship – used most often in space battles.
SHIP is laser damage per shot
CHARISMA is unit recovery for Rally auto skill.
Phia – Revolt uses charisma
TT – Reinforcements use Charisma,shield uses SHIP
Bri – both abilities use Shop
SPACE is used for the amount of units in Auto Attack Ships
COMBAT is used for HP and laser damage in RAIDS and BEING RAIDED.

TALK
you can get insight into the personality of the main aria girls by talking to them. from the TALK icon on the Main menu. I’ll probably eventually remove the TALK ORDER.

to add to the stats for Ship and Space you need to buy them in RESEARCH.

in ship raids laser power and HP is determined by combat stat.
laser power is exactly combat
your HP is combat * 10;
w/ raid training it is * 15;

in ship being raided, it shows HP as number instead of a bar. you use same HP and enemy ship raids.