These are the Academy students that will go up against the Nanako swim team (Maiko,Pattie, etc) in the swimming game I want to work on some point after UMCH stuff. Tiffany is not here because is a teacher and the competition is between students.

in case any are new or unaware all the character art is produced by ttrop:
http://the-ttrop.tumblr.com/

before anyone mentions it, the breasts are all in the raised/compressed positions for the swimsuits. It is meant to be a little wacky. for topless pics, the breasts have properly applied gravity. I was going to put Kim and Sui-May from the ARIA flash game as the other two girls, but I wanted some girls with boobs smaller than Ari and Phia. This way it kind of matches better with Umichan girls. 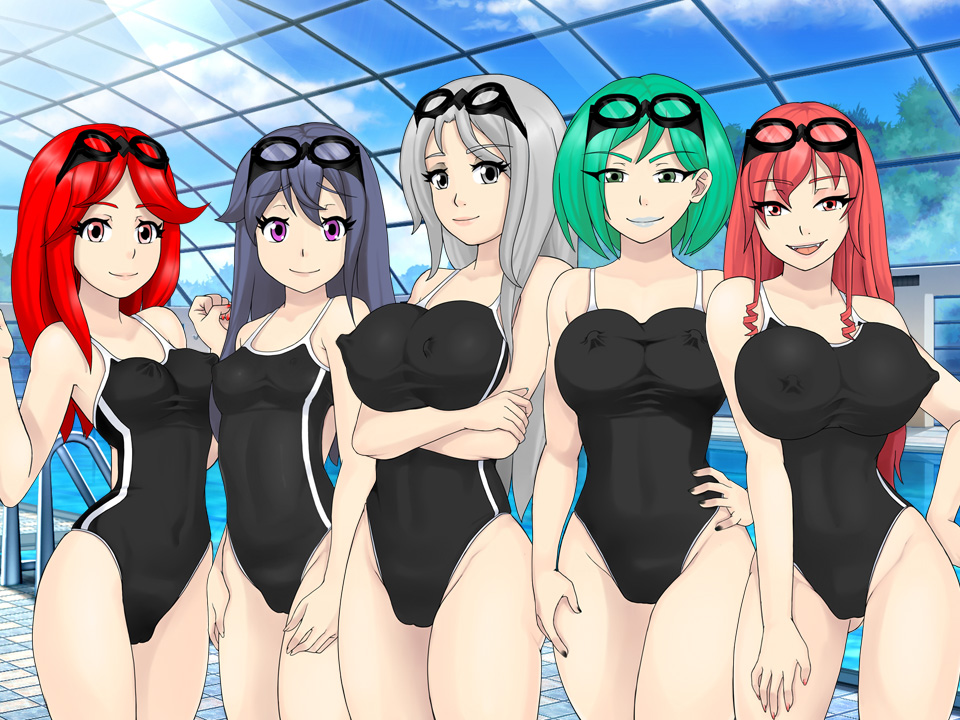