I wanted to finally make a post all about Khalei in the JLCK lore (Umichan/ARIA/Semitix/etc).
I tried to describe things in order so things will (hopefully) make sense as you read from top to bottom. 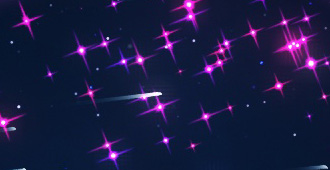 a fun fact about Khalei in this universe:
the Sun is a massive amount of superheated red khalei particles. 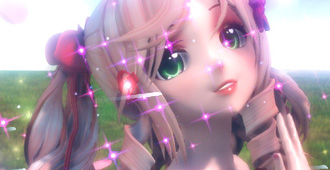 Khalei Crystals
Khalei is normally in particle form, but it can also be crystallized to store the energy for later use.
Finding natural Khalei crystal is extremely rare.
making khalei crystals is a extremely complicated process that takes several months of refining.

a fun fact about Khalei Crystals in this universe:
Maiko’s hairpin holds a natural purple khalei crystal that came from a different dimension. 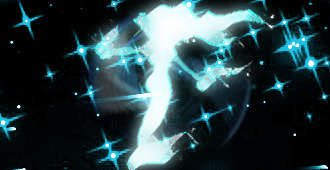 Cia
Cia is an anomaly that happens when there is a manifestation of massive quantities of Khalei causing that khalei to become concious.
Those who claim to have seen a Cia say it appears to have similar features to a female.
They are fantasised to be servants of an ancient goddess that created the universe with Khalei.

A Cia distorts time and space around it making it nearly impossible to time travel back to that point in time. This is not noticeable by the eye but can be measured.

Cia, even when created remain dormant and can become attached to that host and forever change that person.
The cia’s Khalei mostly protects the host from negative effects of harmful Khalei

similar how a cia becomes created, a massive quantity of Khalei can cause a Cia to no longer exist.
this will cause the dormant Cia to awaken briefly before this happens.
An awakened Cia will assess the situation the host is in and take some action before ceasing to exist.

A Cia that ceases to exist can be recreated the same way.
however abusing this causes the cia to permanently not exist.

Cia can also becomes partially awakened granting boons to the host from a dormant state.
This can be seen physically through temporary changes in the host.

a fun fact about Cia in this universe:
Maiko has a dormant Cia within her. 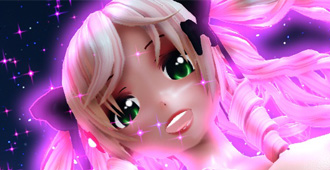 Khalei Infusion
Khalei Infusion makes a person more susceptible to Khalei particles, making it much easier to absorb them into the body through the skin through Khaleikinesis, manual injection of particles via a generator, or from colliding into them.

Once absorbed into the skin different kinds of Khalei have different possible effects on the body.
tweaking the Infusion process will cause the Khalei to reliably react a certain way.

people that have high levels of infusion will collect khalei particles uncontrollably and unconsciously from all sources including the space around them.
when too much khalei is stored into the body it weakens the person usually causing them to faint or black out, even possibly die of storage levels are too high.

a storage overflow of Khalei can be forcibly ejected from the body through ejaculation if the stimulation is high enough.

a fun fact about Khalei Infusion in this universe:
Jeo has extremely high levels of Khalei infusion 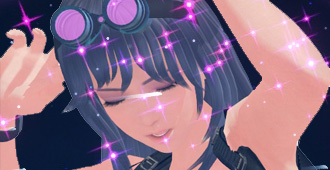 This takes an intense amount of practice and study. Some minds are more adept to it than others.
Khaleikinesis allows the user to move khalei mentally so it effects and/or targets only specific things.

a fun fact about Khaleikinesis in this universe:
with enough khalei stored in the body from infusion, a person can fly by manipulating and moving the khalei in the body through Khaleikinesis.

Khalei effects
The below describes Khalei and lists some effects each kind has.

Like all Khalei, it is energy at its core function and is mostly used to power the standard machinery and weapons at GemCo.

if yellow particles are absorbed into the brain, it will copy a person’s thoughts and snapshots of past memories. A person specializing in yellow Khaleikinesis can adsorb those particles into their own brain allowing them to see those thoughts and memories.

a Cia can take the khalei absorbed into the brain and manifest that in physical form referencing the dna structure of the host making it conscious.

a fun fact about Yellow Khalei in this universe:
Yellow Khalei is used in GemCo standard issue goggle to enhance the agents visual capabilities.

Blue
Blue Khalei is known as striker Khalei. It has the most disruptive explosive potential while still being safe to the user.

Blue khalei has a tendency to transfer to a physically impacted object and violently erupt after the transfer.

Blue khalei is the easiest khalei to condense but the hardest to crystallize.
it has a tenancy to remain in a condensed energy state making it great for destructive laser and pulse weapons.

a fun fact about Blue Khalei in this universe:
Blue Khalei’s transfer and explode capabilities allow users punch and destroy objects a person would normally break their arm punching.

Green
Green Khalei is known as the defender Khalei. When absorbed it can make muscle groups more dense, nullify active pain nerves, and even repair muscle groups and wounds.

when projected forward at high speeds it has a tendency to gradually stop its own momentum while it spreads out.

however these tendencies are great for creating barriers and shields.

a fun fact about Green Khalei in this universe:
Even though Green Khalei’s stops and spreads out when projected forward. it is good for close burst shotgun type weapons.

When absorbed this Khalei enhances reflexes, reduces muscle fatigue, and increases the speed of the users body.

Red khalei is great for long range weapons because it can travel the fastest and has tendency to remain very densely compacted over long distances.

it is rumored that red khalei can intensify a persons libido, but this is false.

a fun fact about Red Khalei in this universe:
a master at red khalei can move to so quickly they can seem to disappear instantly, become a blur, and/or seem to appear in multiple places at once.

This kahlei when absorbed tends to damage the body.

It can cause blindness, severe erosion of skin tissue and vital organs, a loss of the ability move limbs, a severe loss of memory, and more.

This khalei also has a tendency to damage machinery it is used in.

measures need to be taken to prevent self-inflicted harm and/or death when using purple khalei.

Fantasied rumors say that the ancient goddess never created purple khalei. it was created by a evil opposing force

due to Purple khalei’s lethal nature, purple khalei is forbidden at GemCo. Only a handful of scientists are allowed to experiment with it in hope that it can become more safe to use at some point.

This type of khalei is the most difficult to absorb into the skin naturally so very small amounts of purple particles are harmless.

fun facts about Purple Khalei in this universe:
the B.R.I. Project goal was to create a person that can utilize purple Khalei.
Bri uses a intense about of Khaleikinesis to prevent that khalei from harming herself or the wrong targets.
bri controls her spaceship with Khaleikinesis.

Phil has multiple bandages and severe wounds caused by experimenting with purple Khalei.

Khalei elemental effects
Yellow –
can take on electrical effects similar to electricity.
yellow Khaleikinesis is a needed skill to manipulate lighting and electricity.

Blue –
super cooled blue khalei can disrupt into effects similar to ice, and less chilled into water.
blue Khaleikinesis is a needed skill to manipulate water and ice

Red –
when heated it will have effects similar to fire.
red Khaleikinesis is a needed skill to manipulate fire

Rumored/Rare Khalei particles
Anti-Khalei particle
this a particle that can cancel out another khalei particles removing all of a particle’s effects.
some anti khalei particles have been found in people with high levels of testosterone and/or high high muscular viscosity.
But any efforts so far to extract that khalei by use of Khaleikinesis and khalei powered tools have failed.

Light particle.
light particles are said to be the opposite of purple khalei. allowing for miracles and restoration of life by restoring and reversing the effects of purple khalei.
Fantasised rumours say that the people of the ancient goddess used this khalei. And that some people living today are multi generational descendants of those people.

18 thoughts on “All about Khalei”