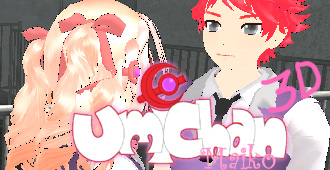 It seems like… I barely did anything and the game is like 40Mb larger. I might investigate making the file size smaller.
I think for what I’m planning for this game it will be something around 300 Mb at the current rate.

I think for this I will do 3 quests. I have begun the second one where you now need to find Riley. And Riley will probably be investigating something for Alma.

To pick up quest 2 talk to Kyle again and ask him why he is still standing there. you should be able to track it but I’m not finished with it.

Download Remember you need to unzip the game first before trying to play it.

I’m actually not totally sure about the shading/lighting of the characters. I do know they are not importing correctly thoguh. it works obviously, but it a has some issues getting some spa files in. Another thing to test later.

okay I just actually played the offline version 2 thinking it was the same but I see it isn’t exactly. the floor in the infirmary isn’t supposed to be white. and the Riley quest is not trackable. I guess I just forgot to make it trackable. It seems like I need to remove or tone down the light in the infirmary quite a great deal so the floor won’t be white lol.
The camera zooms in a bit too slow also. Still should be interesting after adding in a few random characters to make the school more populated. That will probably be last thoguh.